The hiring process can be complicated. Some open roles receive up to 250 applicants. You’ve narrowed down your candidate pool. You think you have what you’re looking for on paper. Now it’s time to meet these applicants face to face.

Have you been on the brink of hiring a top-talent employee only to discover s/he was dishonest in their application? Have you ever personally encountered a right-fit candidate who dressed inappropriately for an interview? In these instances, it can be hard to determine whether or not to hire the individual.

We surveyed over 500 hiring professionals from across the country of varying ages and income levels to discover what are truly employer deal breakers in the hiring process. These results give us insights into deal-breakers that haven’t changed in the past 50+ years, to those that show that many companies are starting to think more progressively. 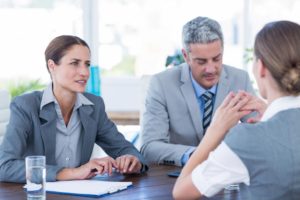 Let’s take a look at some candidate qualities that are considered non employer deal breakers. Survey respondents said that they would still hire a job seeker even if the candidate…

And for deal breakers? Survey respondents said they would not hire an applicant if the candidate…

Being unauthorized to work in the United States and having poor personal hygiene were found to be among the two biggest deal breakers for potential hires. And for those who just can’t seem to disconnect? Spending time on a personal device during the interview process seemed to be an almost immediate disqualifier, no matter how skilled the candidate. It’s also important to note that candidates caught falsifying something on a document during the application process were less likely to be considered for the role, according to the survey.

In the scenario that a candidate failed to bring a cover letter or resume to the interview, the results on whether or not they would be hired were split nearly down the middle: 255 respondents said they would still consider the applicant, while 248 reported they would not. Another situation that resulted in evenly mixed responses was in the case that a qualified applicant appears over-interested in compensation compared to the overall job duties and company commitment.

The survey provided great insights into how the interview process is evolving. Contrary to popular belief, sending a thank-you note post-interview may not carry quite as much weight as it did traditionally. The same goes for tattoos – visible ink isn’t considered as taboo as it once was, especially with almost 1 in 5 adults having tattoos or piercings these days. As time goes on and employers adjust to trends, technology, and new standards, it will be interesting to watch how industry hiring and interview processes also pivot. What is considered a deal-breaker at your company?

Why It’s Key to Centralize Your HR Budget

How a Lack of Diversity Hurts Profits

What Recruiting Priorities Should Business Leaders Focus On In 2023?